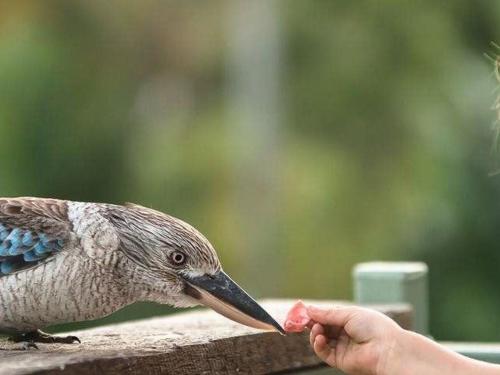 Amaroo On Mandalay is located on beautiful Magnetic Island. Take a moment to learn about this incredible place that offers magnificent landscape, and a huge range of plants and animals?.and lots of fun activities!

Size - The island is 8 kilometres off Townsville and is 52 square kilometres in size. Just over half of the island (2,790 ha) is protected as Magnetic Island National Park. It was once part of the mainland before the sea level rose about 7,500 years ago! The island is mostly covered with open eucalypt woodland of bloodwoods, stringybarks and grey ironbarks. Hoop pines and native kapoks are found on the headlands, and vine-thicket grows in sheltered gullies. The island is surrounded by sandy beaches, fringing reefs, mangrove communities and seagrass beds. In fact there are 23 beautiful beaches! 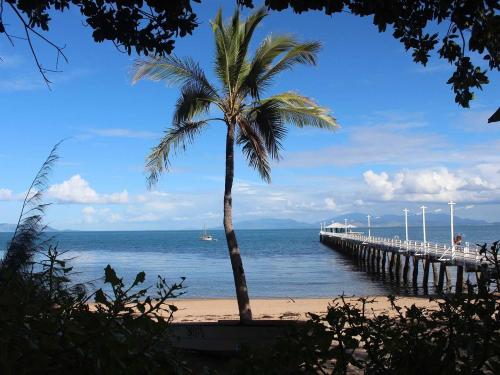 Landscape - Magnetic Island walking tracksMagnetic Island is well known for its distinctive environment and picturesque landscape featuring large granite boulders, hoop pines, sandy beaches and fringing coral reefs. The story of Magnetic Island began 275 million years ago when molten granite was pushed to the earth?s surface with volcanic force. Over time the overlying volcanic rocks weathered away. The underlying granite mass has decomposed along fracture lines, creating today?s extraordinary landscape of rounded domes and boulders (tors), many of which are larger than a house and spectacularly perched. Fault lines have eroded to form gullies and valleys. Today, a shallow sea separates the island from the mainland. However, before the sea level rose 7,500 years ago, Magnetic Island was connected to the mainland between Cape Pallarenda and Kissing Point.

Plants - There are about 23 different vegetation types on Magnetic Island. Many visitors expect to see rainforest but Magnetic Island, having considerably less rainfall than the wet tropics slightly further north and the Whitsundays slightly further south, is typical of the dry tropics. It is covered with open eucalyptus woodland of bloodwoods, stringy barks and grey ironbarks. Rainforest, called vine-thicket, is restricted to small pockets in sheltered gullies. Littoral rainforest, or beach scrub, a rare vegetation type first recorded in 1918 as ?dense scrub?, is represented by stands of forest trees growing on coastal sand dunes in Nelly and Florence bays. This is the most accessible ?rainforest? on the island and is an important food source for fruit-eating birds.

Hoop pines wedged amongst the boulders are a distinctive feature of the island. Native kapok, common on lower slopes, produces yellow flowers in August and cottonwool-like seed pods in December. The cottony fibre was used by Aboriginal people and early settlers for bedding. Cabbage palms are found on the slopes of Mount Cook and in moist areas such as creeks and gullies.

Mangrove forests and salt-marshes are found mainly on the sheltered side of the island between Cockle Bay and West Point. The island also boasts semi-deciduous woodlands (low open scrub) between West Point and Huntingfield Bay. Vegetation in the adjacent marine environment includes seagrass and mangrove communities.

Animals - The rocky terrain and dense vegetation of Magnetic Island is home to allied rock-wallabies. Their subtle colouring camouflages these animals, making them difficult to see among the rocks. Allied rock-wallabies move quickly and surely around their rocky habitat, helped by short toenails on their hind feet. Look for them feeding in the early morning and late afternoon.

Koalas were introduced to the island in the 1930s to protect them from perceived threats on the mainland. By day koalas rest motionless amongst eucalypt branches, feeding on leaves from late afternoon onwards. The nutrient-poor diet of koalas means they must rest for up to 20 hours a day.

Common brushtail possums are very active at night, feeding on flowers, fruit and leaves. During the day they hide in hollow branches or fallen logs. Other mammals seen on the island include echidnas, black flying-foxes and little bentwing bats. 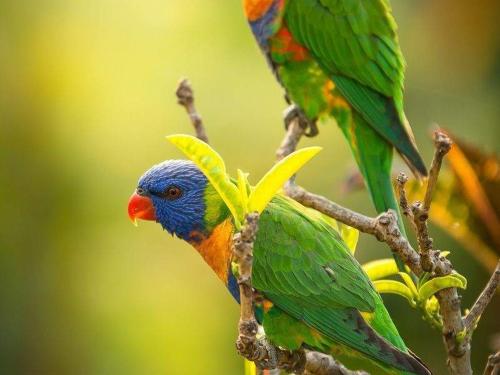 Several species of snake are found on Magnetic Island including the non-venomous common (green) tree snake. A venomous snake, the death adder, is common on the island as opposed to the mainland where numbers have been reduced by cane toads. With its distinctive, broad triangular head, short, fat body and reddish brown to grey bands, the death adder hides under leaf litter or sand.

Bush Stone CurlewLarge marine animals that may be seen around the island include sea turtles and dugongs. They feed in the extensive seagrass meadows surrounding the island. Sea turtles also nest on the island?s beaches during the summer months.

Over 180 species of birds can be seen on Magnetic Island. Some birds live permanently on the island while others are migratory visitors. Seabirds include gulls, terns, sandpipers, dotterels and oystercatchers. Ospreys, white-bellied sea-eagles and kites patrol the island, soaring overhead in the thermal currents. Near fresh water see purple swamphens, Australasian grebes and Pacific black ducks. Peaceful doves, pied currawongs, olive-backed sunbirds and a variety of honeyeaters frequent woodland areas. Once common along the eastern coastline, the bush stone-curlew is still found in large numbers on the island.
Anterior
Siguiente